Co-education is Where Myths, Assumptions and Stereotypes Can Be Broken

The Value of Co-education

Boys and girls who only know of each as social creatures are lacking a key component of their education that will prepare them for college and beyond. 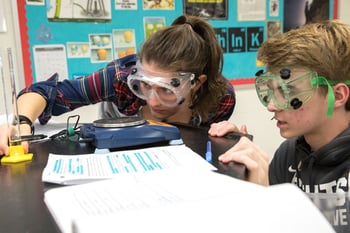 In some ways, it seems odd to be explaining or defending coeducation.  Isn’t that the norm? Isn’t the burden on single-gender high schools to be explaining or defending themselves?  But in some places in the country, including Washington, D.C., there are almost as many single-sex schools as there are coed schools, particularly when you include Catholic high schools.  And many of those schools provide an excellent education. So, if you can get a strong college prep education from both single-gender and coed schools, how do you decide?

Perhaps we start with the definition of a strong college prep education.  Don’t boys benefit from seeing strong girls in what is believed to be non-traditional girl classes like science or robotics?  Likewise, don’t girls benefit from having the stereotype broken when boys have insight on a character in literature or end up winning the prize for dramatic arts?  Coeducation is where the myths, assumptions and stereotypes can be broken. Isolated from the other gender, those things can potentially all be, instead, perpetuated.  “Who knew girls could be killer chemists? Who knew boys could ever be thoughtful poets?” 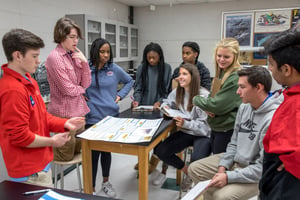 In single-sex high schools, it is often said that girls are more likely to step up and speak out, whereby boys are more likely to slow down and listen more carefully.  They learn and contribute differently. In our embracing of the manifold benefits of diversity, when did we decide that gender diversity has no value? Don’t we owe it to our students to learn those skills in the context of a coed classroom?  How much richer are the conversations about a moment in history or about a particular text or passage when both voices are heard; when both girls and boys learn to both speak up and to step back and listen? Is it not parallel to the richness of education when religious or racially diverse voices contribute to a stronger, better classroom experience?  Boys benefit when they realize they have things they can uniquely learn from girls and girls benefit when they realize they have things they can uniquely learn from boys. It’s a valuable life lesson.

Learning to benefit from as well as contribute within a coed environment is key for the future.  After all, of over 5,300 colleges in the United States, only 37 are single-sex, and, of those, only three are for men.  Long before entering a coed workforce, almost all students will enter a coed college classroom. Shouldn’t they be prepared to make a meaningful contribution to and already know how to learn within that environment?

Boys and girls who only know of each as social creatures, whose only perspective of the ‘other’ comes from parties, the mall, and social settings are lacking a key component of their education that will prepare them for college and beyond.  Education in isolation can be potentially insufficient, if not unrealistic.