Given the world we are currently living in, every parent should see “Eighth Grade”.  Written and directed by Bo Burnham, the movie tells the story of introverted Kayla as she navigates the final week of her eighth grade year. The lens that Burnham utilizes gives an extraordinarily accurate portrayal of the pressures of middle school, such as social hierarchies and differing rates of pubertal growth. Because of Burnham’s masterful direction and Elsie Fisher’s brilliant performance, the viewer can actually feel her angst as she moves amongst her peers and attempts to communicate with the world using social media. 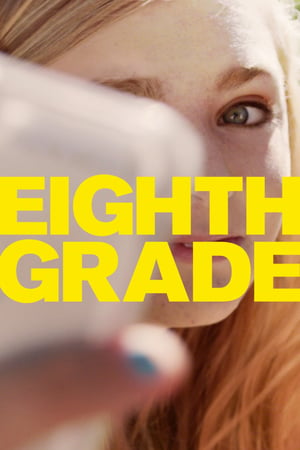 Kayla is an only child who lives with her single dad and desperately wants to connect with others and live that “perfect life” that she sees online. She is painfully awkward and shy, but these personality features do not prevent her from putting herself out into the world using social media platforms like Snapchat and YouTube. She makes videos of herself giving life advice, not daunted by the fact that she never garners more than just a few views. Fisher gives a nuanced performance that is cringe-worthy as she experiences typical end-of-year events such as the dreaded pool party, where she has to enter the fray of “popular” kids wearing a non-fashionable bathing suit.

Notably Burnham manages to give the viewer a window into the “selfie generation’s” constant use of their smart phones without passing judgment on the reality of how technology has impacted young people (and the rest of us). There is no putting Pandora back in her mythical box, and Burnham doesn’t seem to be suggesting that there is a solution to this issue, such as the American Pediatric Association’s guideline of limiting our youth to two hours of screen time per day. He is giving a realistic portrayal of what it is like to be an adolescent with the constant draw of posts and likes and views on social media, as Kayla searches for approval using her video blog as her medium. For those parents that grew up with time capsules, slam books, three-way calling, and VCR’s, who want to truly understand their child’s environment, this movie is a must-see.

"Eighth Grade" has recently been released for streaming online. A few scenes are graphic in nature earning an R rating for language and some sexual material. This could make watching with adolescents uncomfortable if it hasn't been discussed beforehand.